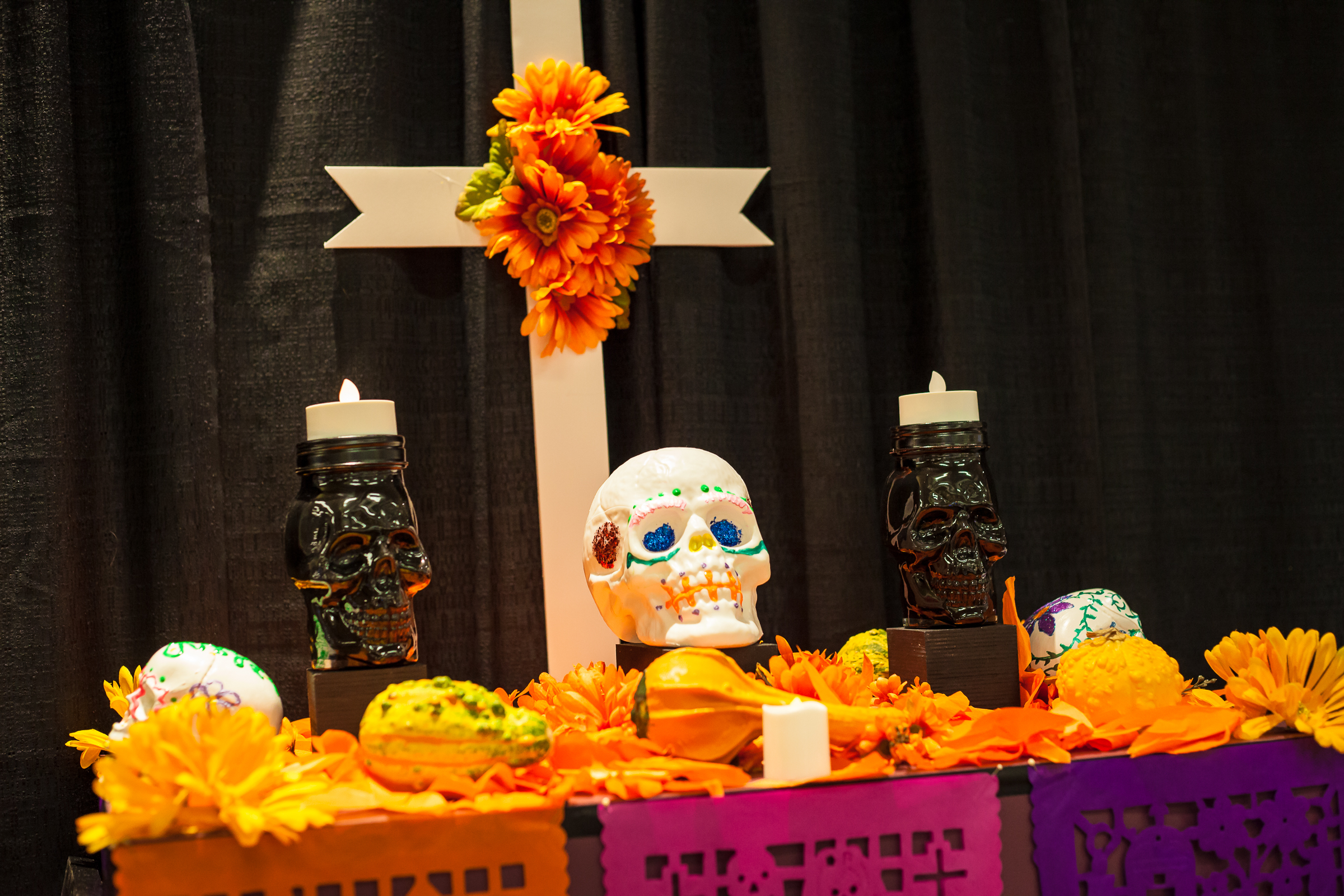 Design Formation chair Marcela Noriega and her students have won an award for a Day of the Dead altar they created.

The Langara altar was one of three winners announced as part of a contest organized by the Consulate General of Mexico in Vancouver.

Day of the Dead is a Mexican holiday that celebrates deceased loved ones.

Langara’s Day of the Dead celebration, which took place on November 2, was sponsored by Design Formation, Spanish and Latin American Studies.

See photos from the event on the Langara College Flickr page.

The pot is now over $400.00 and huge prize money awaits the lucky winner! Buy…

Do you know a local highschool learner that is considering post-secondary? Scheduled for the Pro-D…

There is a limited quantity of honey from the Langara Apiary now available. 250 ml…