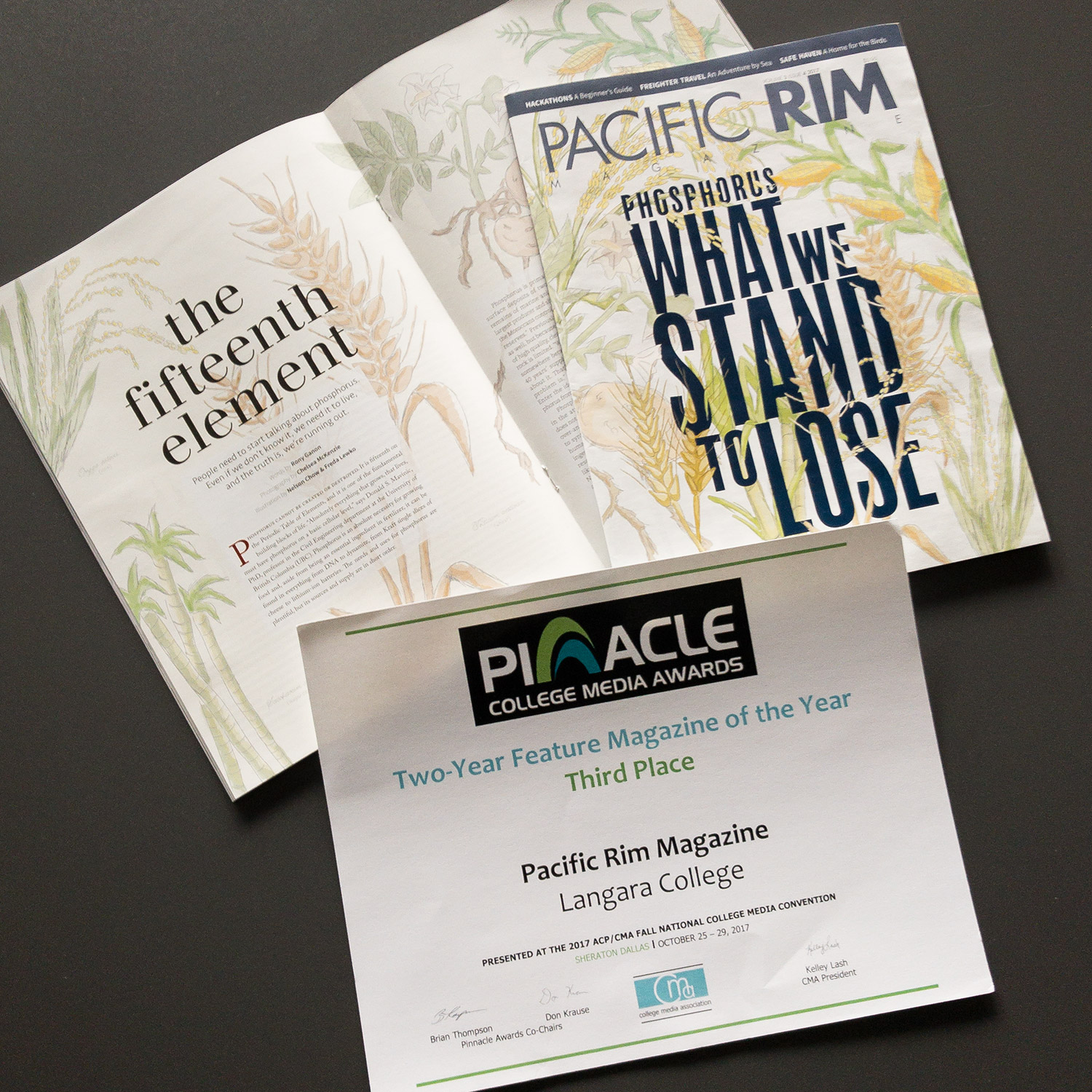 PRM is a 64-page publication distributed to all Globe and Mail subscribers in British Columbia and each issue is edited, written, illustrated, designed, and coded by Publishing program students.

Production of a new issue of Pacific Rim Magazine and the development of LangaraPRM.com are integral parts of the Publishing program.

In 2016, PRM won first place for Website of the Year while in 2015, it was named winner for Feature Magazine of the Year (two-year program categories).

Each year, our students aim to raise the bar and push themselves to write and edit engaging stories, showcase their design skills, and produce a professional quality publication and website.

These awards recognize the dedication and commitment of everyone involved in the creation of the 2017 print and online editions of Pacific Rim Magazine.

I am very proud to see our publication stand amongst the best of collegiate media programs.

Congratulations to the successful candidates in the recent elections for Faculty Representatives to Education Council!…