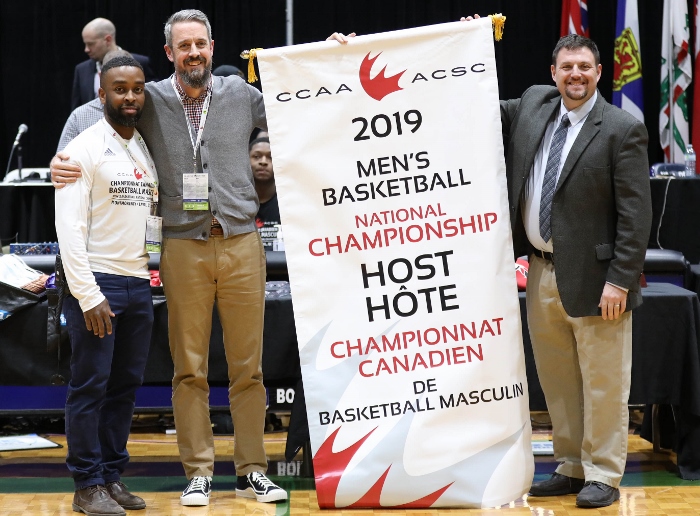 Did you know that Langara will be playing host to the 2019 CCAA Men’s Basketball Championships? From March 13 to 16 next year the Falcons will be hosting the exciting competition at the Langley Events Centre (LEC). More details regarding schedules and how to attend will be available in early 2019.

“Langara is a perennial national contender in Men’s Basketball and head coach Paul Eberhardt is well respected across the country. The Falcons will be ready,” said Jeff Harris, CCAA Men’s Basketball Convenor. “The modern LEC provides a first-class venue to enhance the student-athlete experience.”

“Since 1971, the Langara College Falcons have proven their success on and off the court and field, year after year,” said Jake McCallum, Director, Athletics & Intramurals. “The LEC has a history of providing world-class experiences for all levels and sizes of competition,” said McCallum. “We look forward to welcoming the country to the west coast for an experience second to none.”

Langara Department of Athletics and Intramurals

The Goods Swap is back. In the summer of 2016, a group of students in…

Welcome to the Tuesday Takeaway! A new initiative to provide regular opportunities to learn about…