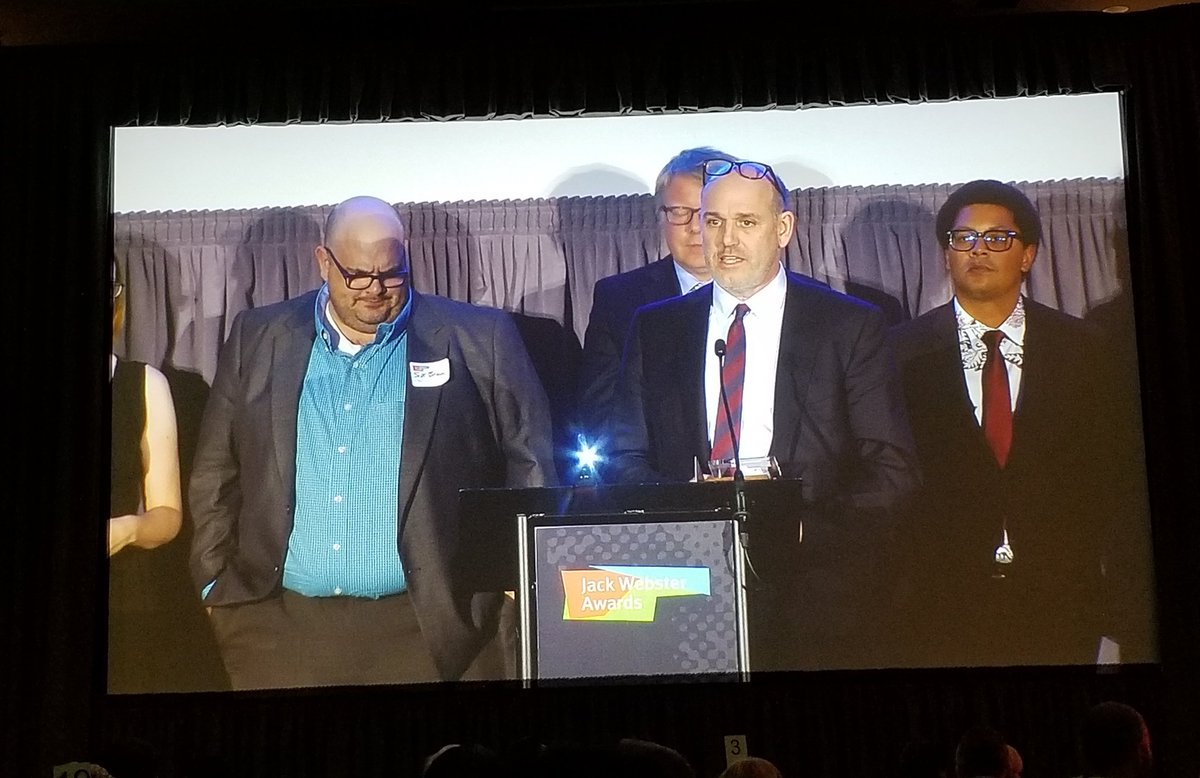 The Langara Journalism program was well represented at yesterday’s annual Webster Awards. The Jack Webster Foundation was established in 1986 to recognize excellence in journalism in British Columbia.

Seven Langara alumni were award winners in three different categories. Nick Eagland (2014), Gordon Hoekstra (1992), Stephanie Ip (2011), and Patrick Johnston (2012) were part of a team from The Vancouver Sun/Province who won the Best Breaking News Reporting award in PrinText-Based Online for BC Wildfires 2017. Jake Costello (2016), Bridgitte Waston (2016), and colleagues from CBC Radio One won Best Breaking News Reporting of the Year – Radio for The morning Canada bought a pipeline. Finally, Sam Cooper (2005) from The Vancouver Sun won for Excellence in Feature/Enterprise Reporting – PrintText-Based Online for Dirty Money in BC: Casinos, Drugs, Real Estate.

For more information on the Webster nominees, read more.

Congratulations to the winners of this year’s 2018 Webster Awards!

Have you ever wondered how meditation might improve cognitive functions? How alcohol affects decision-making? How…

“...a terrific...moving theatre piece about troubled youth...”- The New York Times Wilderness is based on…