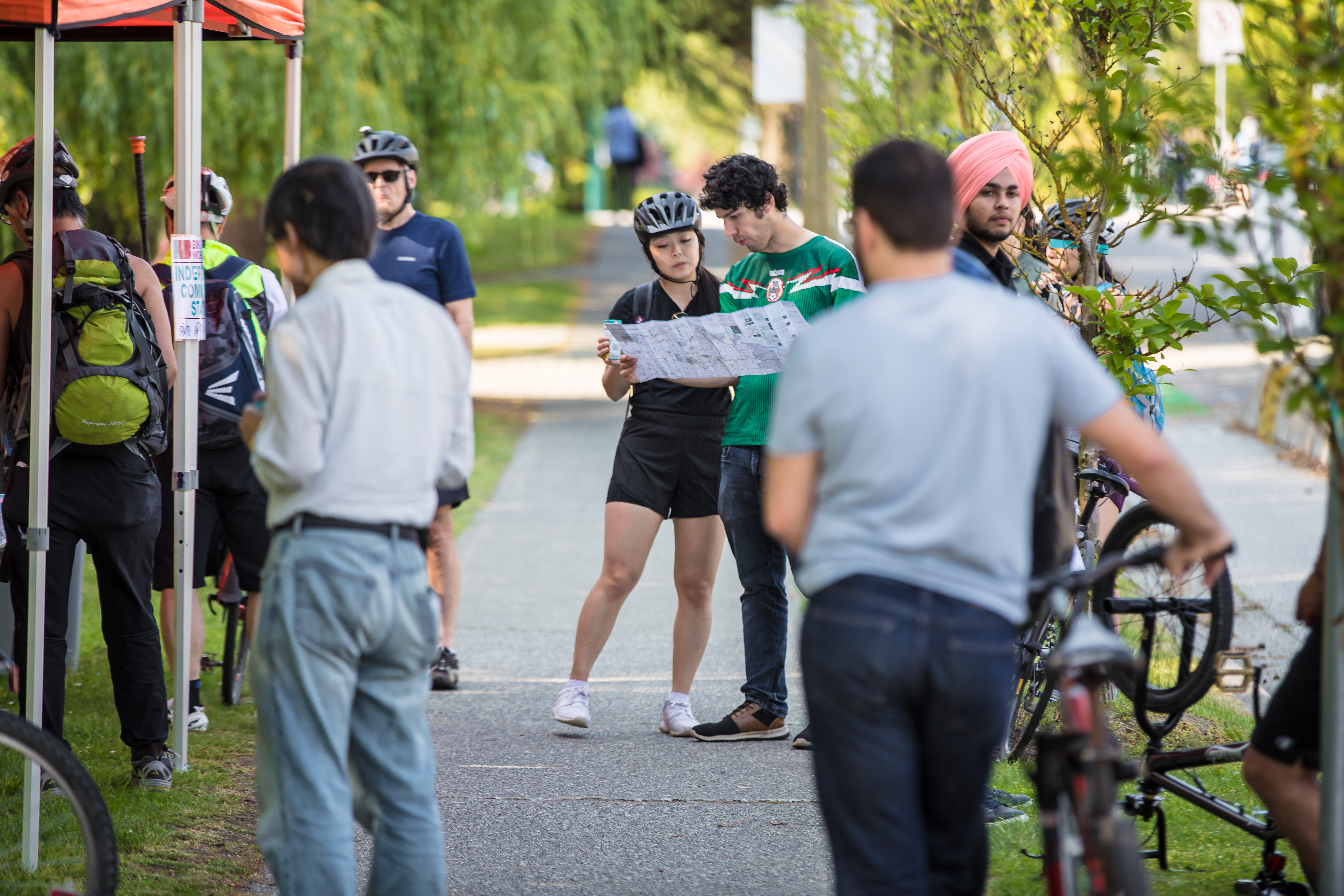 As always, Langara College hosted a Celebration Station where cyclists were treated to refreshments courtesy of Facilities, bike mechanic services courtesy of Erik Price at VanCycle Mobile Bicycle Shop, bike lights courtesy of Communications & Marketing and prize draws. The Station with the help of VOLT volunteers saw 179 cyclists in its two hours of operation on a sunny Wednesday May 29th afternoon.

Langara College also fielded a team of employees that cycled to work and logged their rides in a friendly competition against nearly 950 other workplaces. During Bike to Work Week, 41 cyclists on the Langara College team made 257 one-way bicycle trips and cycled 2,041 kilometres. The team’s effort burnt 61,234 calories and kept 433 kilograms of greenhouse gases out of the atmosphere.

The Langara College team had the 37th  highest number of kilometres cycled among the nearly 950 organizations participating and was 4th behind UBC, BCIT and SFU in the post-secondary institution category.

Benjamin Hui and Kevin Lyon, two of the newest members of Langara’s team, won $50 Mountain Equipment Coop gift cards courtesy of Facilities for cycling to work. Thanks to everyone who participated this year.

QAPA: How did you score?

A big thank you to everyone who participated in the recent QAPA Quiz! Congratulations to…

We're looking for 49 awesome employee and student volunteers to help us honour and celebrate our amazing Langaran community at a private reception.
Recent Posts
Categories
Archives
I am the footer call-to-action block, here you can add some relevant/important information about your company or product. I can be disabled in the theme options.
Get In Touch
Copyright Your Business LLC. - All Rights Reserved
Back To Top