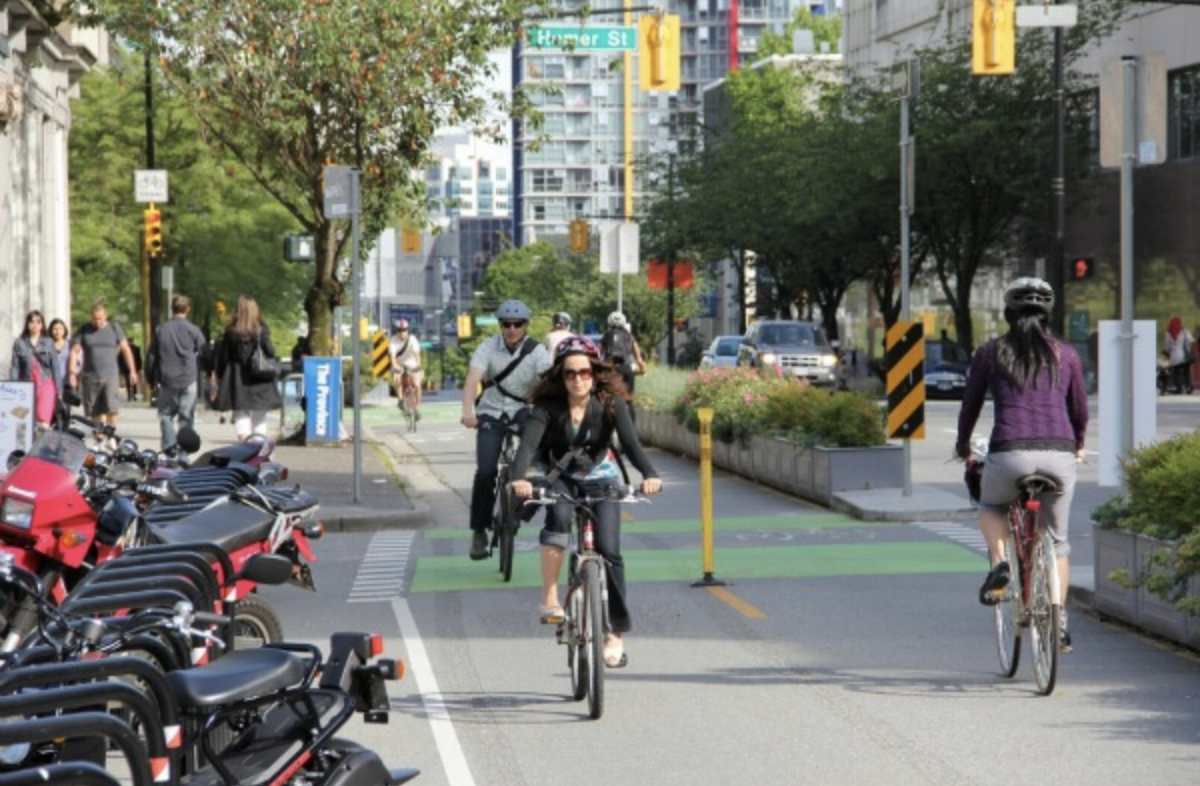 Summer is the warmest and sunniest season. It is the perfect time to cycle to work.

Be happy, go green, save money, and burn calories by biking to work a few times each week this summer.

Cyclists are some of the happiest commuters. A McGill University study found that a greater proportion of cyclists than drivers and metro and bus riders were satisfied with their commuter. According to Charles Montgomery, author of Happy City: Transforming Our Lives Through Urban Design, “a growing body of research clearly shows people who commute by foot or bike report feeling more joy, and less rage, fear, and sadness than people moving any other way.”

More cycling equals less air and water pollution. A 5km bike trip prevents the emission of a kilogram of greenhouse gases. The resources needed to produce an automobile can make almost 100 bicycles instead.

Every kilometre cycled saves drivers $0.40-$0.80 in fuel, maintenance and depreciation. In a few years, the savings add up to thousands of dollars.

Metro Vancouver hosts a number of scenic routes to campus. Langara College is well served by the Ontario Greenway (along the eastern edge of the campus), the 45th Avenue Greenway, and the North Arm Trail Greenway (along 59th Avenue).

If you live further away, you can combine biking with transit as all TransLink buses are equipped with front-end bicycle racks (2 bicycles per bus) and bicycles are welcome on the Canada Line (one per car) at all times and on the Expo & Millennium Lines (two per car) at all times except during peak times in the direction of rush-hour travel.

No bike? Mobi bike share is available in many Vancouver neighbourhoods and is expanding into new ones. Langara College employees qualify for Mobi discounts.

New shower facilities!
Langara College is committed to improving cycling facilities as a key part of our sustainability plans.

Once on campus, you will find bike racks adjacent to all major buildings and entranceways. Employees can use their mailroom key to access the secure bike lock-up in the northwest corner of level P1 of the underground parkade. An air hose, bike repair station with stand and tools, lockers, and brand new shower facilities are located by the bike lock-up. There are also showers in the gymnasium and in the basement of Building C (C012 & C013).

Further to my announcement of May 22nd, 2018 regarding Dawn Palmer’s retirement, I would like…