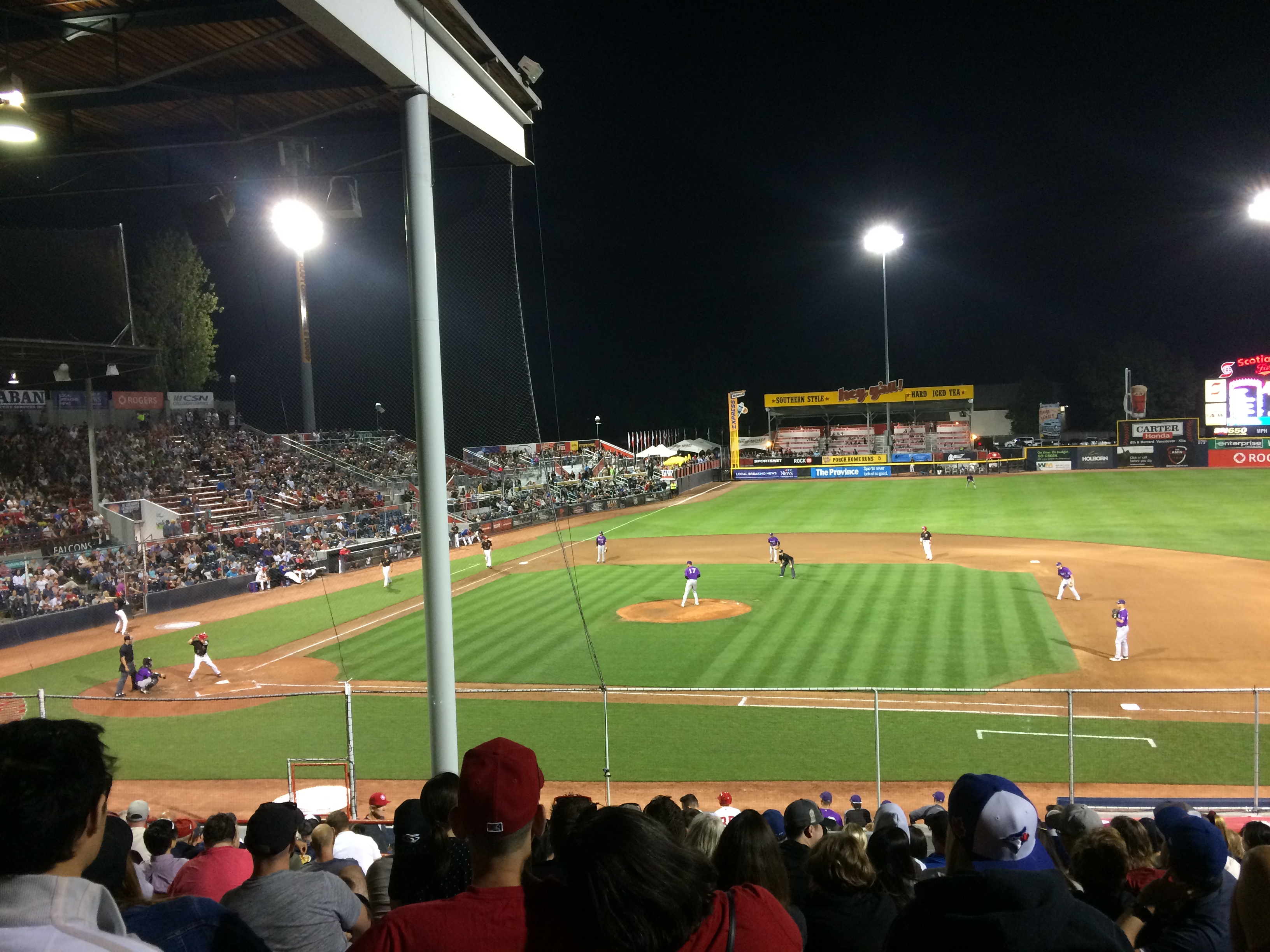 The Langara community had a great time at the Nat on Monday, August 19. Sponsored by the College, the sold-out game featured the Vancouver Canadians versus the Boise Hawks, but for the Langara-faithful, the other star attraction was seeing our very own, Anna Beck – winner of the Outpitch the Provost competition and Financial Aid Advisor in Registrar & Enrolment Services – throw out the ceremonial first pitch. Anna Beck getting ready to toss the first pitch.

“It’s really an honor to be here and represent Langara. This has been such an amazing experience,” said Anna. She didn’t waste her moment either, proudly soaking in the atmosphere, waving to her supporters, family, and friends in the stands, and ultimately, stepping onto the field to throw an accurate sinker that earned her encouraging cheers throughout the stadium. “This was so fun!”

Prior to the first pitch, many Langarans and curious fans could be found just outside the main doors as the College set up a prominent booth that included RES, Continuing Studies, Alumni, and Communications and Marketing, and featured a button making station, ladder toss, several prizes, and of course Flash, who had the chance to reunite with old friend Bob Brown Bear. While the game ended in a resounding victory for the home team (8–3), the heightened profile, increased awareness, and reaction from the community also made this a ‘big win’ for Langara and the advancement of the Beyond 49 anniversary campaign. Thank you to the participating departments, supporters, and volunteers for making this a great community event for the College.

Watch the Langara video that was produced specifically for yesterday’s game. We would like to invite you to join us for an informal monthly social.

Lunar New Year Celebration - Tuesday February 5 from 11 am in the Main Foyer.

This year marks the 12th mounting of this popular festival of one‐act plays, featuring four…