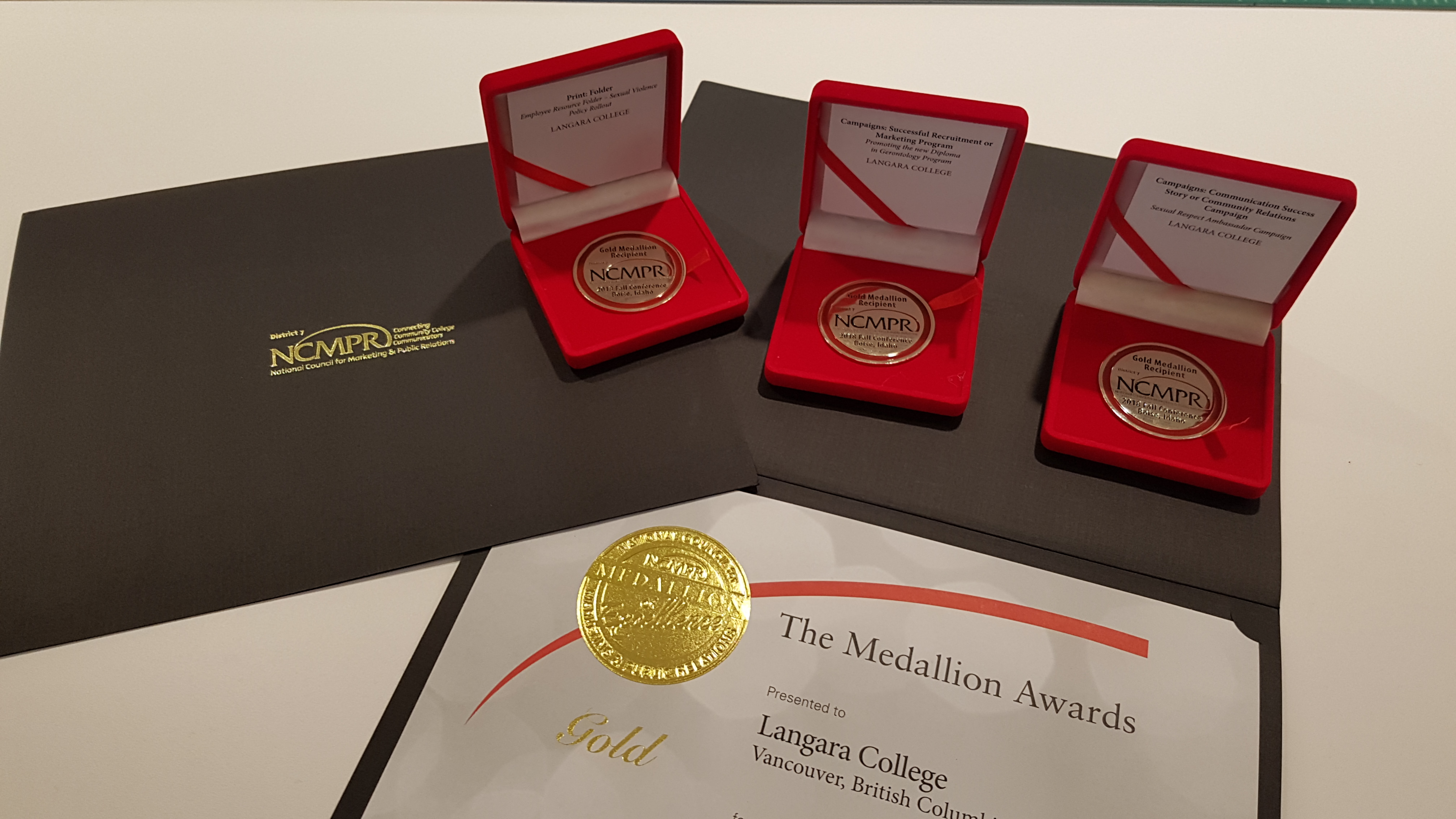 The Langara Communications and Marketing team received several District 7 Medallion Awards from the National Council for Marketing & Public Relations (NCMPR) for work completed over 2018-19. NCMPR is the only organization of its kind that exclusively represents marketing and public relations professionals at community and technical colleges. As one of the fastest-growing affiliates of the American Association of Community Colleges, NCMPR has more than 1,700 members from nearly 650 colleges across the United States and Canada. In addition, Paula Massari Iervolino, Communications Coordinator, has been awarded the District 7 Rising Star Award for her individual contributions to the department. The Rising Star Award recognizes newcomers who have demonstrated special creativity or ability in marketing and public relations, and show evidence of a promising future in the field. It is awarded annually in each of NCMPR’s seven districts, and district winners automatically qualify for consideration for the national award. Congratulations, Paula!

The Medallion Awards recognize outstanding achievement in communications at community and technical colleges in the pacific northwest (Alberta, British Columbia, Saskatchewan, Yukon Territory, Alaska, Idaho, Montana, Oregon, and Washington). It’s the only regional competition of its kind that honours excellence exclusively among marketing and PR professionals at two-year colleges.

C&M would like to thank all of our colleagues across campus who collaborated on these projects with us. Stay tuned for further news in October!

Notice of by-election and call for nominations

Walk with Langara in the Pride Parade on Aug 6

Langara will be walking in the 2017 Vancouver Pride Parade on Sunday, August 6 and…

ME to WE - Give the gift that keeps giving. WE Rafiki Bracelets are a…