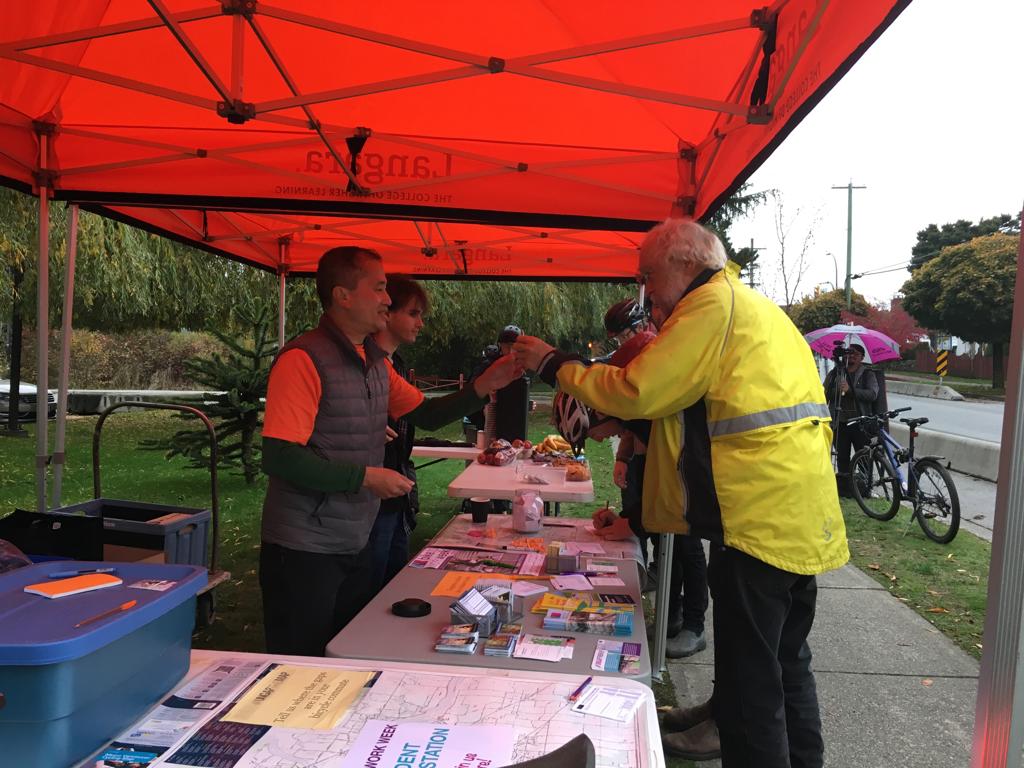 Langara College also fielded a team of employees that cycled to work and logged their rides in a friendly competition against 628 other workplaces. During Bike to Work Week, the Langara College team of 33 cyclists made 200 one-way bicycle trips and cycled 1,826 kilometres. The team’s effort burnt 54,770 calories and kept 396 kilograms of greenhouse gases out of the atmosphere.

The Langara College team had the 2nd highest number of kilometres cycled among post-secondary institutions. It was behind only UBC’s team, which has 9 times the number of riders.

Can you help us tell Langara’s story? Share your memories with us.

We’re creating the Then, Now, and Beyond 49 Zone for display at Community Day, where we’ll feature important moments from Langara’s past and celebrate our journey over the past 49 years. And we need your help.

See the Canucks in-person this year! Similar to last season, the Vancouver Canucks are offering…

Please join me in thanking Prashant Wadkar, Manager, Purchasing for his service with Langara College.…